Because so much of human thinking is dichotomous, even though so much of the real world exists on a continuum, we have strange phenomena like the one illustrated in the picture below. The picture shows the significance values of research findings, and reveals that there are many more articles published where the statistical significance of the results is just less than 0.05 than ones where the results are slightly greater than that arbitrary cutoff. The picture excludes all those values which were published at exactly 0.05 because that, somehow being the magic number where a finding shifts from false to true, would probably reveal a bar that extended beyond the top of your computer screen: 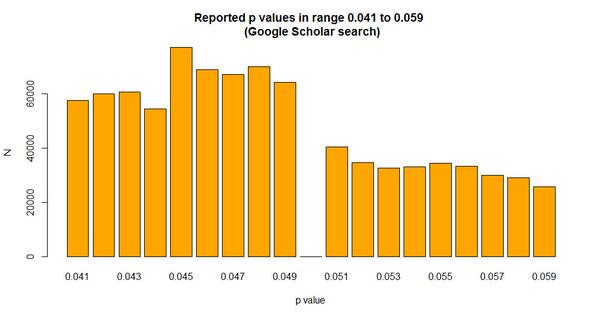