Whatever you think about the proper role of the government in nudging adult Americans into healthier habits, you ought to be open to the idea that we, as a society, should be doing something to reduce obesity among children. As I wrote about in Free Market Madness, once people become obese, biology conspires against them to lose weight and keep that weight off. Think: Oprah! Therefore, it is imperative to make a sincere effort to reduce the chance the next generation of Americans will be as obese as this generation.
That is going to be hard to do if restaurants and food companies continue to target children with their advertising. Consider this picture, illustrating which television stations receive the most money from fast food advertisements: 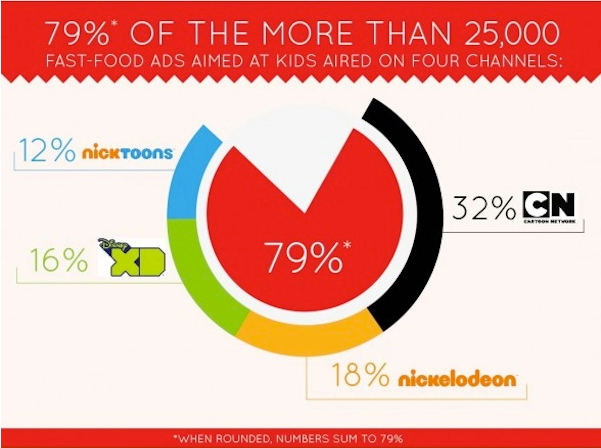 Us concerned citizens should let these television stations know we aren’t happy that they receive revenue to air these kinds of ads.
(Click here to view comments)