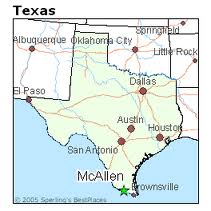 In a very influential 2009 New Yorker essay, Atul Gawande described why health care spending is rampant in McAllen, Texas, an example of the regional variations in healthcare utilization that policy experts at Dartmouth have been studying for years. Indeed, this research has shown much higher spending in places like McAllen, compared to cities like Salem, Oregon, where healthcare costs have not only been historically lower for a couple decades now, but have also grown at slower rates in the ensuing decades.
Late in 2012, Louise Sheiner from the Federal Reserve Board conducted a series of analyses that raised major questions about this whole line of research. Consider the following table, which shows how much of the difference in spending across states in the US “go away” once we adjust for not only the age and wealth of the population, but also the obesity rate, the likelihood that people lack health insurance, and the percent of the population that is African-American… (Read more and view comments at Forbes)