A tweet recently came across my feed that captures a problem with the popularity of the nudge meme. The meme took off with the justifiable popularity of Thaler and Sunstein’s eponymous book, in which they promote the idea of influencing people to behave in their own best interests in situations where unconscious and even irrational forces might lead them astray. Thaler and Sunstein specifically promote behavioral interventions that do not restrict people’s freedom. They illustrate that concept with the idea of a cafeteria owner who intentionally places unhealthy foods at the end of the line, knowing that the cafeteria design will lower the amount of dessert people eat while still allowing diners to eat as much fruit and pie as they want.
In the tweet, a man who describes himself as being interested in behavioral economics reproduces a picture of a stop light in Italy on which the red light is significantly larger than either the yellow or green lights. “Simple #nudge,” the tweeter points out, “to raise prominence of key information – enlarged red/stop light.” 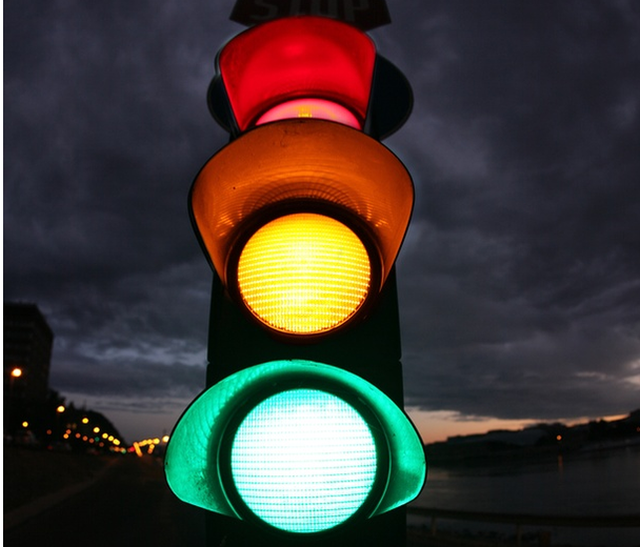 I understand that the concept of nudging is fluid. Like most ideas, it can’t be controlled even by its originators. The meaning of words is a social enterprise. But as part of that enterprise, I feel compelled to push back, to constrain the idea of nudges to more reasonable boundaries.
Let’s start by recognizing that a stop light is a weird context to talk about a nudge. (To read the rest of this article, and leave comments, please visit Forbes.)