As a physician and behavioral scientist, I am always interested to explore the connection between psychological well-being and health. Which is why I have decided to share recent findings from a study, published in Psychological Science, that presents data from across the globe on positive emotions and self-reported health. 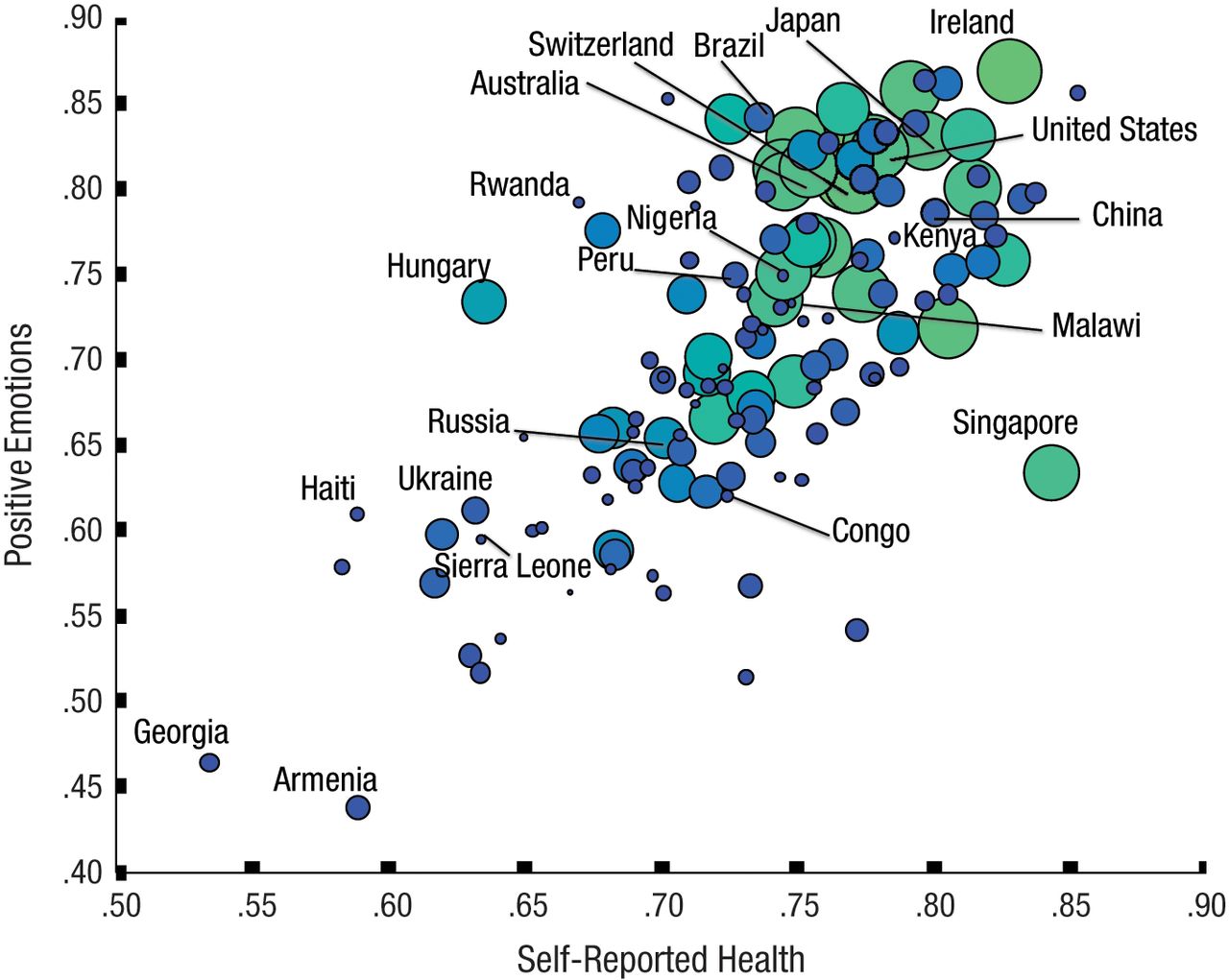 The data show a pretty strong relationship between health and positive emotion. I am inclined to believe that this relationship is real. But keep in mind one problem with these kind of data – self-reported health may be influenced by the same personality traits that also influence how people report on their own emotions. In either case, the data do not look good for Eastern Europe!
(Click here to view comments)