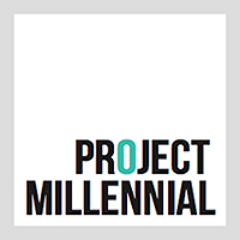 KARAN: Though I hope our readers all read your book, for those who haven’t just yet, I want to start with an example that touches on the issues it discusses. I recently got a bad ankle sprain. The following week, I went to a local orthopedic surgeon for it. He was a very old-school doctor; before even talking about treatment options at all, he was getting his stuff out to give me a cortisone shot for my ankle. I was still trying to give him my history and symptoms and I had to stop to ask what he was doing. It was a little scary; I had no desire to get a shot, and from whatever little I know, I think cortisone might’ve even hurt more than it helped. But I’m obviously not residency-trained in orthopedic surgery, so I didn’t feel right questioning his opinion. So while I have seen how the patient autonomy movement has affected the way doctors are ethically trained, which you discuss in your book, I still think there are a lot of doctors who fit the old mold. As a patient, especially a young and inexperienced patient, it’s difficult sometimes to know how to respond.
DR. UBEL: I don’t think this is an old/young issue. If anything, people tend to think their older patients are more deferential than the younger ones. Most people in their 20s are more into the “consumer” mindset than older people who grew up in the “doctor knows best” era. But when you are young, the age difference between you and the doctor is bigger, so that could make it harder to be assertive when interacting with your doctor. But patients ought to feel they can assert themselves because, even for mundane issues, any time there’s more than one way to go about it, the patient deserves to know what their alternatives are and to be a partner in the decision. So what happened to you is not the best possible medical care. Whether the doctor made the right choice, that’s one thing. But if he didn’t say “One thing we could do is this, but you should know, there are other alternative. For example, if you don’t want to get a shot, we could just give it time, etc.” If the physician didn’t speak to you that way, that’s a problem… (Read more and view comments at Project Millennial)