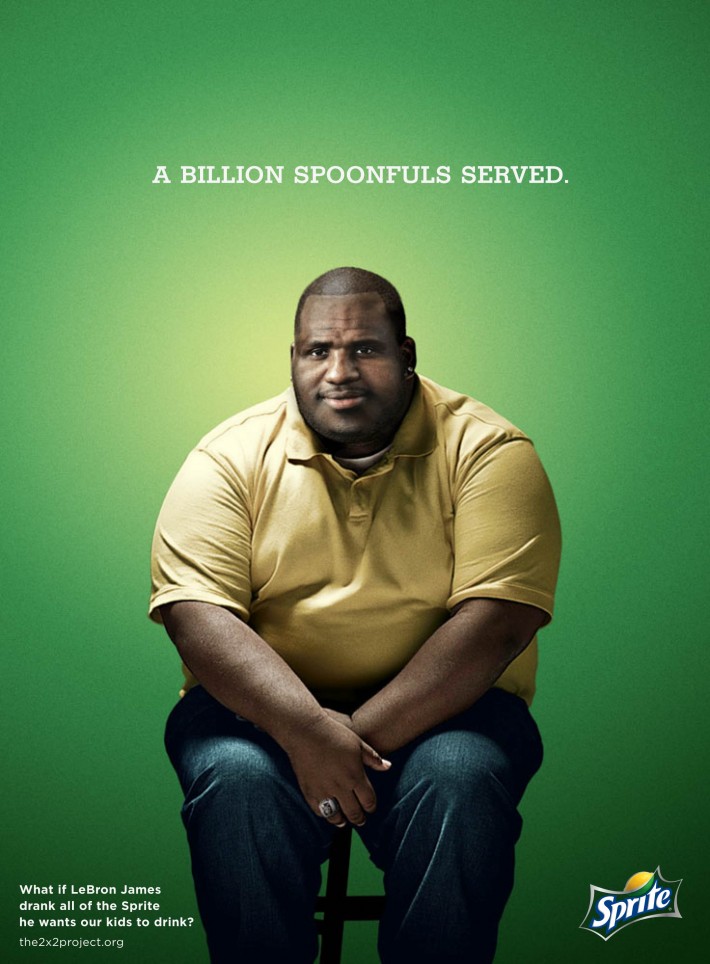 Lebron James makes over $19 million per year playing basketball for the Miami Heat. Not surprisingly, this salary is peanuts compared his endorsement earnings, which in 2012 topped $42 million. Although perhaps peanuts is the wrong word to use when discussing James outside earnings, which to my knowledge have not involved foods anywhere near as healthy as peanuts. Instead, according to a recent study in the journal Pediatrics, James is King of Junk Food, earning millions of dollars endorsing Sprite (a.k.a. sugar water), Powerade (a.k.a. glorified sugar water) and McDonald’s (a.k.a. the place you wash down fries and burgers with sugar water).
My 13-year-old son is a huge Lebron fan. He owns a Lebron jersey, roots for the Miami Heat even though he’s never lived anywhere near Florida, and even defended James after his colossally misguided “decision.” Food marketers recognize that 13-year-olds like my son are strongly influenced by their idols. They know that linking popular athletes with their products will create positive psychological associations. These associations often work at an unconscious level… (Read more and view comments at Forbes)