For more than half a century now, the United States has stood out among its peers in the developed world for having the largest percent of its citizens living without health insurance. But once you turn 65-years-old in America, the government has you covered. Right?
Maybe not so much. Because even after people enroll in, they still end up with lots of out-of-pocket costs, costs that often burden them to the point where they can’t afford to receive care. Take these data from the Commonwealth Fund, which show the percent of people who have difficulty obtaining medical care because of cost: 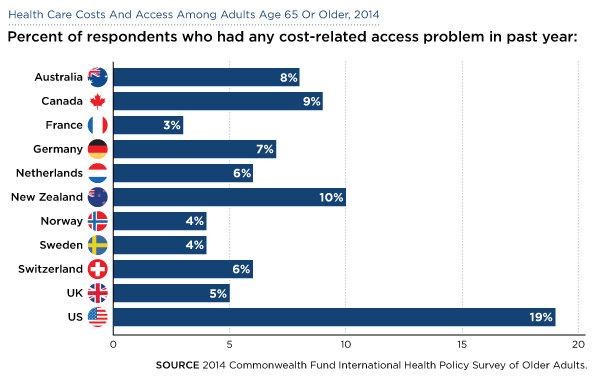 Once again, the U.S. stands as an outlier nation. Sometimes it’s not good being number one!