The federal government is currently debating whether the big six health insurance companies in the U.S. will soon become the big four. Aetna and Humana have announced plans to merge, as have Anthem and Cigna. The American Hospital Association and the American Medical Association strongly oppose the mergers, saying they will reduce competition in consumer markets.
Meanwhile, healthcare provider groups continue to consolidate. Small hospitals either get swallowed up by larger ones or risk going out of business. The federal government even seems to be encouraging provider consolidation, by establishing incentives for them to form accountable care organizations, or ACOs.

Standard economic theory holds that when firms gain too much market power, prices rise. Will that be the consequence of healthcare consolidation?

The short answer is: no one knows, because so much depends on the relative power of payers and providers in individual markets.
If consolidation was limited to providers, prices would rise (absent government intervention). For example, prices for total knee replacements have been shown to be higher in markets where orthopedic surgeons have bonded together in larger organizations. This is the finding of a study led by Eric Sun from Stanford University. Sun collected information on physician fees for this procedure, from a database of health insurance claims. He also figured out how competitive orthopedic markets are in different parts of the country. In some markets, patients can choose from a wide range of independent orthopedic surgeons. In more concentrated markets, their choices will be more limited, due to the existence of large orthopedic groups that account for a high proportion of local services. Patients in those more concentrated markets will face, on average, a $200 increase in the fee their surgeons charge for such services. 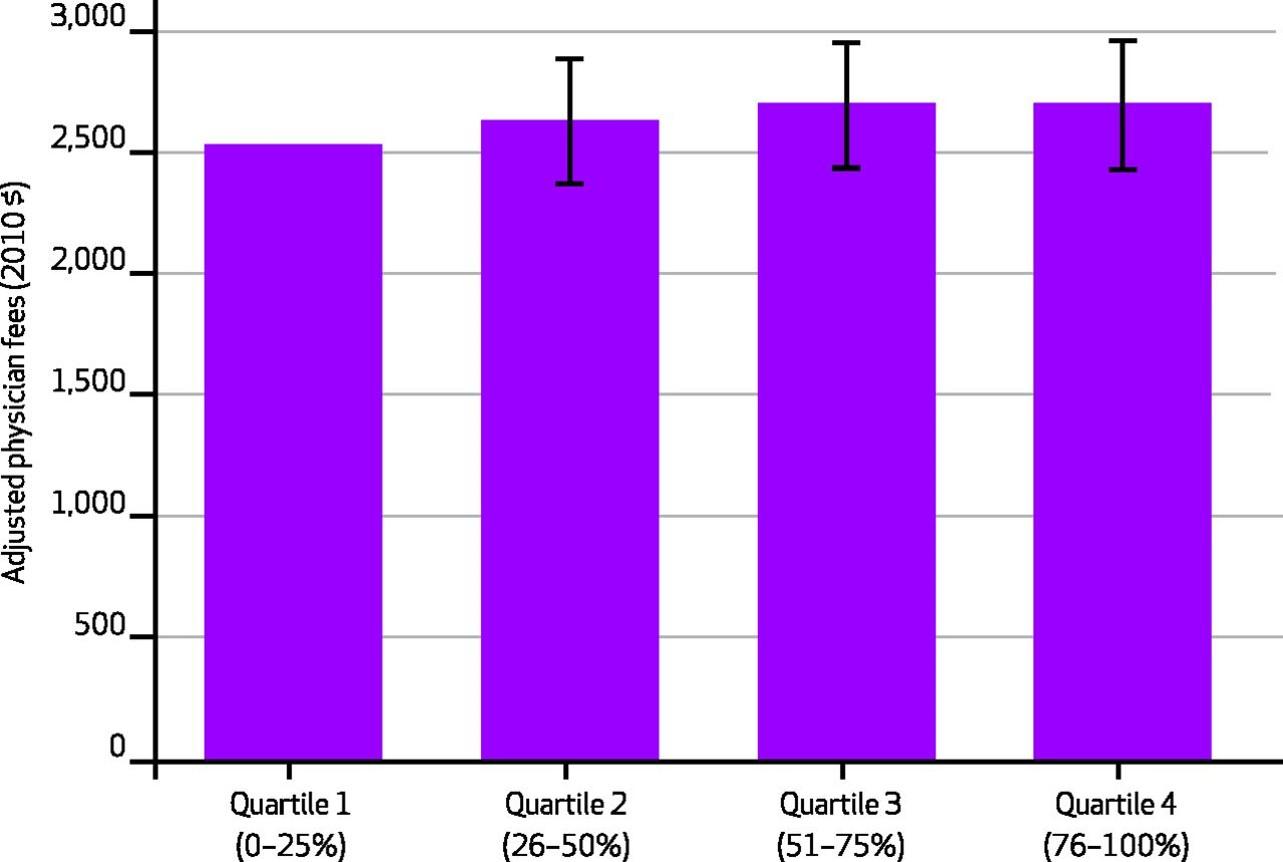 The price of healthcare in the U.S. is determined in part by negotiations between payers and providers. When a large group of orthopedic surgeons commands a significant percent of business in a given area, they are in a good position to bargain for higher fees from local insurers.
What happens, then, when insurers gain market share? (To read the rest of this article, please visit Forbes.)