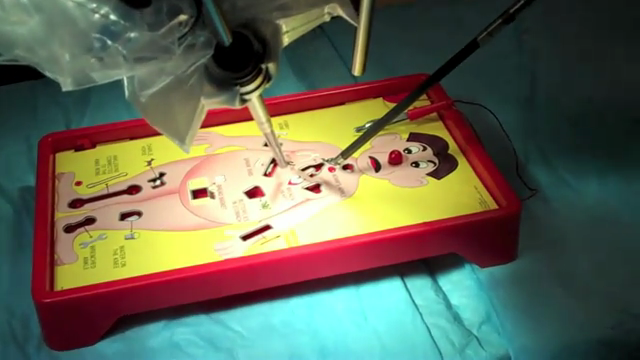 My student and colleague, Karen Scherr, recently published an excellent article showing that physicians don’t always describe robotic surgery in an unbiased manner. Here is a nice write up of that work:

Author Peter Ubel referred to a study done at four Veterans Affairs medical centers of men making decisions on how best to treat their prostate cancer. As part of their report, the researchers recorded clinical interactions between patients and surgeons discussing the pros and cons of robotic surgery for treatment of their prostate cancer.
The study found that some surgeons had access to robotic surgery while others did not. Those who used robotic surgery were more positive about the outcomes using the robotic surgery. The study determined that those surgeons who didn’t have a robot available “downplayed its advantages.” Ubel, who wrote about the study with colleagues Angela Fagerlin, Karen Scherr, John T. Wei and Lillie D. Williamson, said he did not believe the surgeons were willfully misleading the patients. While he does think most physicians do believe the robotic surgery is better, they want to reassure patients that they will still receive state-of-the-art care without the use of a robot. He also noted that in the case of the Veterans Affairs doctors they were not promoting the use of the robotic surgery for financial gain because there is no financial incentive for surgeons at the VA medical centers to choose one procedure over another. In an abstract describing the VA medical centers study, the researchers noted they performed a content analysis of the physicians’ descriptions of robotic surgery for prostate cancer during 252 appointments at four facilities. They found the doctors were more likely to describe the robotic surgery as superior if it was available at their center.The researchers also provided evidence that the physicians were shaping how they described the treatments “in an effort to manage patients’ emotions and demands for the robotic technology.” They conclude that treatment availability does influence how the doctor describes the pros and cons of alternatives, “which has important practical implications for patient empowerment and patient satisfaction.”