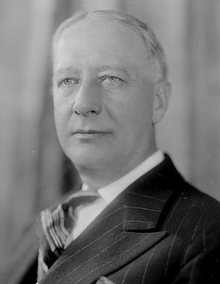 I’m currently in the middle of reading Robert Caro’s first book, The Power Broker: Robert Moses and the Fall of New York. I’ll be blogging intermittently about this wonderful book over the next few weeks. Expect a few of those posts to be focused on drawing writing lessons from this wonderful author.
But a relatively early in the book, only 129 pages into it in other words, a paragraph jumped out at me that struck me as very relevant today: on the importance of finding the right balance between ideals in politics and accomplishing something in politics. The paragraph occurs in a chapter about Al Smith, the longtime governor of New York. He was not an intellectual, didn’t like to read it all, but was nevertheless very intelligent and shrewd. And what he understood most of all how to get things done. And that meant he sometimes lost patience with people who fought so hard for their ideals that they missed opportunities to implement policies that improve upon existing policies.

He has no patience for reformers who, unlike Belle Moskowitz, didn’t understand the importance of practical politics and getting things done, who refused to compromise, who insisted on having the bill as it is written, who raged loudly at injustice, who fought single-mindedly for an unattainable ideal. Their pigheadedness had the effect of dragging to political destruction politicians who listened to them, of ruining careers men had taken years to build. He had seen it happen. And more important, what was the inevitable result of their efforts? Since they refused to compromise and operate within the political framework – the only framework within which their proposals could become reality – the laws they proposed were never enacted, and therefore at the end of their efforts the people they had wanted to help, the people he knew so well needed help, hadn’t been helped at all. If anything, they had been hurt; the stirring up of hard feelings and bitterness delayed less dramatic but still useful reforms that might have been enacted. When the reformers were finished with all their hollering and were back in their comfortable homes, the widows of the Fourth Ward would still be forced to give up their children before they could get charity. What good was courage if it’s only effect was to hurt those you are trying to help?

I do love the writing of this paragraph – the back and forth between long and short sentences, for example. The rather than dwell on the writing per se, it’s the idea here worth noting right now: political courage doesn’t mean being unwilling to compromise. It means doing what you can, within the political realities you inherit, to make the world a better place.
(Click here to view comments)