We think of political parties as being ideological homes. If you embrace conservative ideas, you gravitate to the Republican party, and so on.
But probably just as often, people have party homes (“My dad was a Dem, and so am I”), in which whatever the party embraces magically fits their ideology. Consider the following picture of people’s attitudes towards free trade. Long a conservative (thus Republican) favorite, now that Trump dislikes free trade, so do many Republicans: 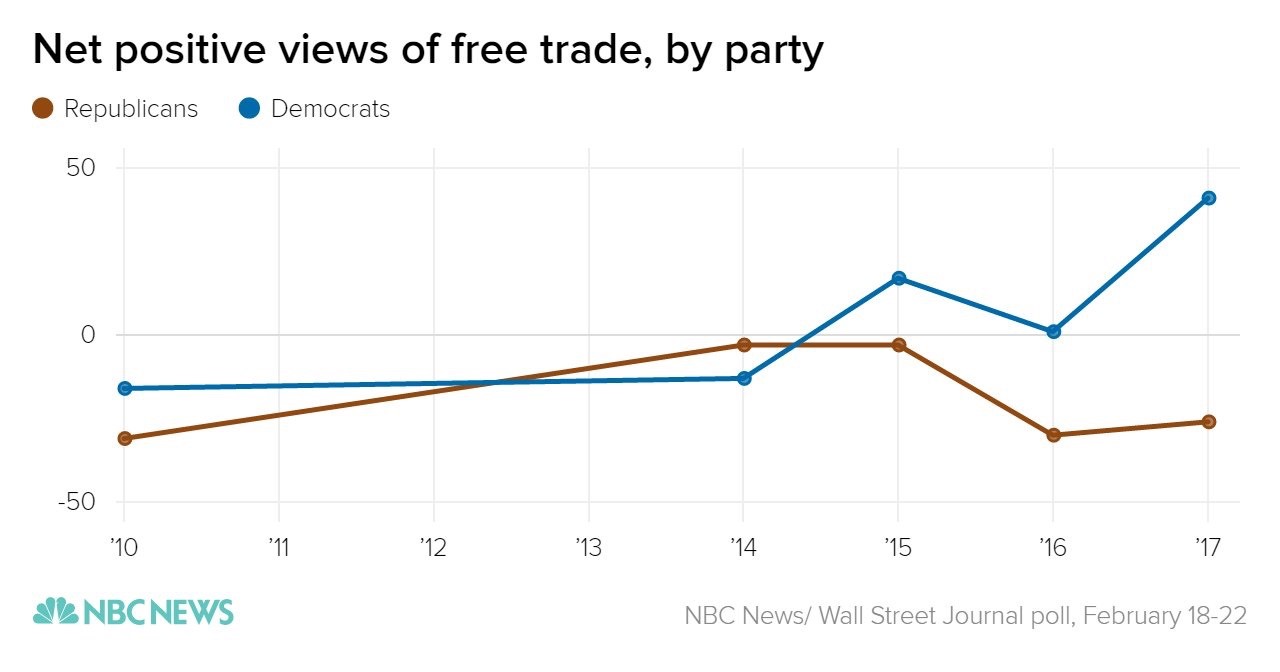