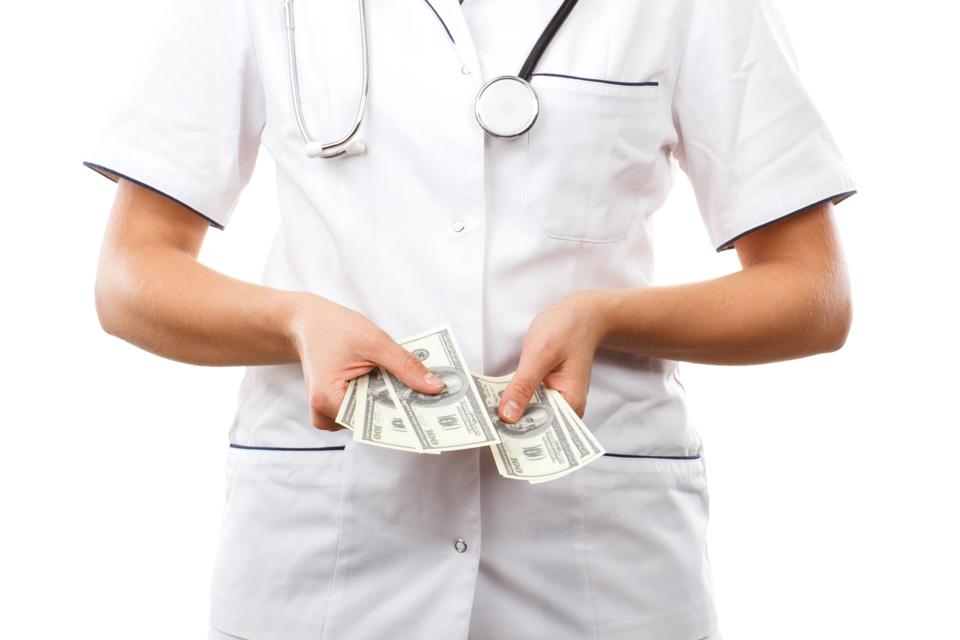 American physicians deserve to be paid well for their work. As a physician, myself, I know what it takes to become a doctor in the U.S. Four years of late nights in the college library in hopes of achieving a GPA commensurate with medical school admission; then four years of medical school, which makes the college work load feel light in retrospect; then, in my case, three years of residency training, where an 80-hour work week begins, making everything before feel like a vacation. And in the case of more specialized physicians than me, like orthopedic surgeons or cardiologists, clinical training continues another handful of years. Moreover, becoming a physician in the U.S. carries enormous financial costs, with many Americans graduating from medical school with six-figure debt.
So I support paying American physicians well for their labors. But how well? Is more than $535,668 the right amount for the average – the average! – orthopedic surgeon to make? Should dermatologists – whose training is far less intense and prolonged than many other physicians – make a average of $400,898?
The U.S. has a healthcare spending problem, and soaring healthcare incomes are partly responsible. Importantly, those incomes are by no means limited to physicians. In 2014, the CEO of Aetna, an American health insurance company, brought home more than $15 million. In 2012, the CEO of the nonprofit Atlantic Health System in Morristown, New Jersey made more than $10 million.
With so much money spent on medical care in the U.S., there are many people involved in the healthcare marketplace who are doing very well by doing good. Consider pharmaceutical companies, historically one of the most consistently profitable industries in the private sector. These companies make a disproportionate share of their profits in the U.S., where they charge significantly higher prices for their products than they do in most other markets. Device companies also garner significant profits in U.S. markets.
I don’t begrudge anyone who makes a lot of money doing honest, legally sanctioned work. But all this money, all the healthcare spending that leads to these high incomes, comes either from the pockets of individual patients, or from the people enrolling in private health insurance plans, or from the employers subsidizing those plans or from taxpayers who fund programs like Medicare and Medicaid. And all this money – all these personal expenses and taxes – are posing a very heavy burden on the American public.
(To read the rest of this article, please visit Forbes.)