In a clever study, secret shoppers called primary care offices in an attempt to make a new patient appointment. People with Obamacare insurance, or “marketplace plans” in the below figure, had a hard time finding appointments. But so did people with traditional insurance. 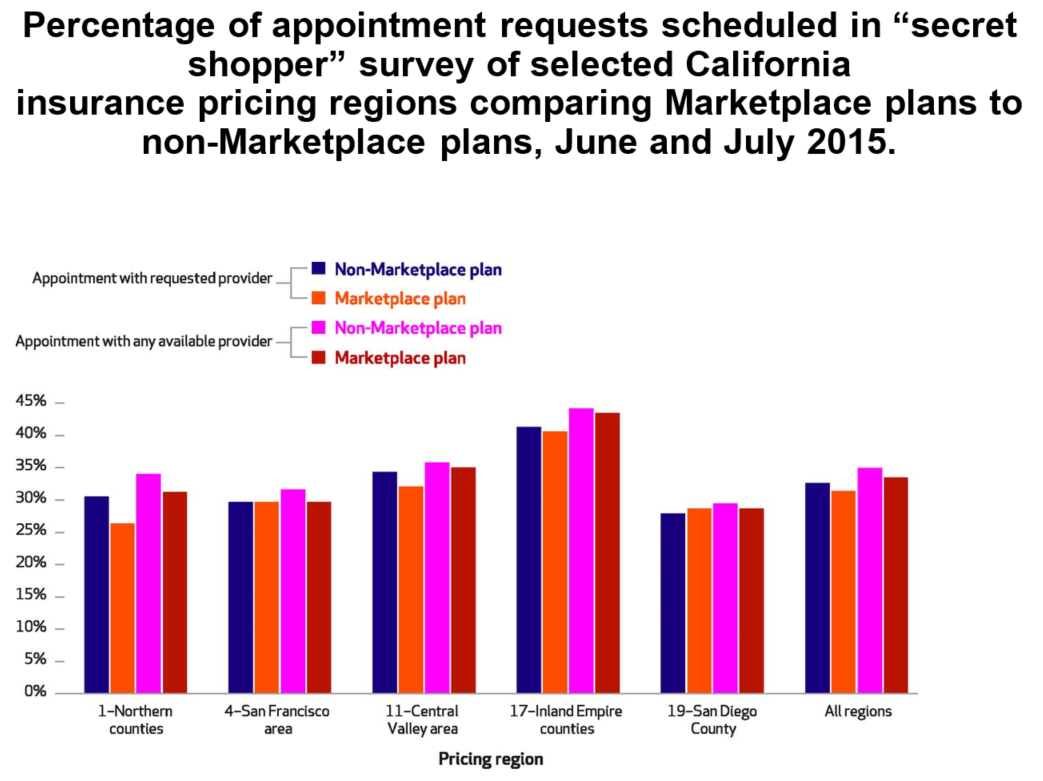 But there’s a bigger takeaway, one slightly obscured by the misleading y-axis, that doesn’t go all the way up to 100%. So here’s my over-simplified version of the study results: 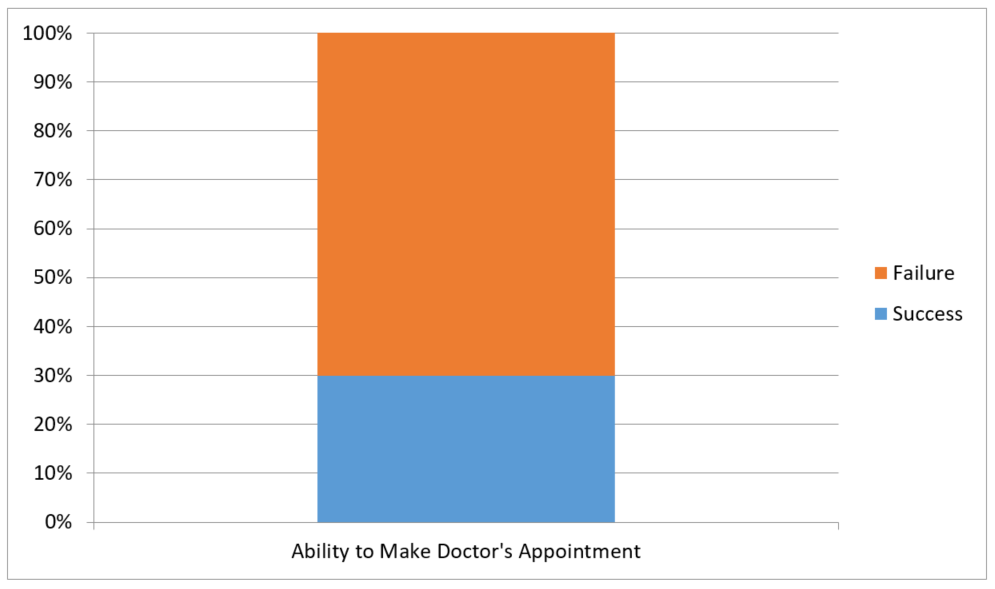 That’s right – only 30% of people were able to make a doctor’s appointment.
Unacceptable!