My home state of North Carolina is one of a number of states that refused to expand Medicaid, even though the Affordable Care Act stipulates that the federal government will cover the majority of expenses associated with such expansion. Here is an excellent story in the Fayetteville Observer laying out the issues:

Denise Johnson works six days a week in the laundry room of a hotel on U.S. 301. The 58-year-old Fayetteville resident doesn’t work enough hours to be considered full-time and doesn’t receive health benefits.
Johnson applied for Medicaid at the Department of Social Services, but she was ineligible because she made too much money. Then she tried signing up for subsidized health insurance coverage under Obamacare. Turns out she doesn’t make enough money to qualify for subsidies.
“I’m like, ‘What affordable care?'” she said, referring to the actual name of the health insurance program, the Affordable Care Act.
Johnson falls into a gap in the health insurance program created by the writers of the law, a Supreme Court decision and North Carolina’s Republican-controlled legislature.
When the Supreme Court ruled that Obamacare was constitutional, it also said that the federal government could not make it mandatory for states to accept one part of the law – an expansion of Medicaid benefits to people at 138 percent of the federal poverty level.
When North Carolina’s legislature rejected that expansion, approximately 500,000 state residents were stuck. They earn too much to qualify for Medicaid under the state’s eligibility guidelines. But under the law, they don’t make enough money to qualify for financial assistance to pay for private insurance.
That leaves Johnson, who has a liver disease and eye problems, unable to afford health care.

To read the rest of this story, please visit fayobserver.com.

The always informative Jonathan Cohn at the New Republic recently wrote about an opinion poll that seems to show significant support for at least one part of The Affordable Care Act. It showed a majority not only of Democrats and independents, but also Republicans, supporting Medicaid expansion: 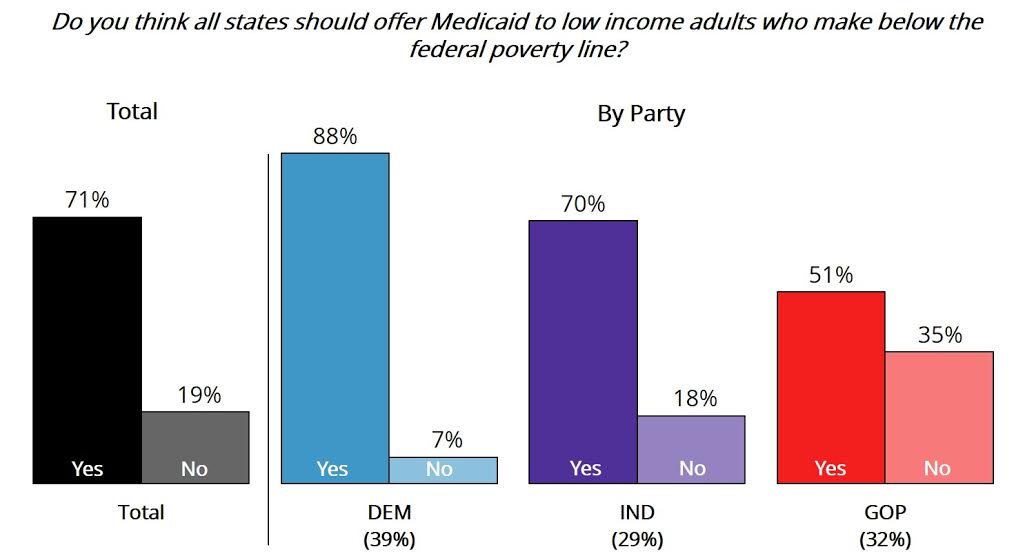 Only one problem with that finding. Ask the same question while mentioning that this policy is encouraged by the Affordable Care Act, and now only about a third of Republicans support the idea: 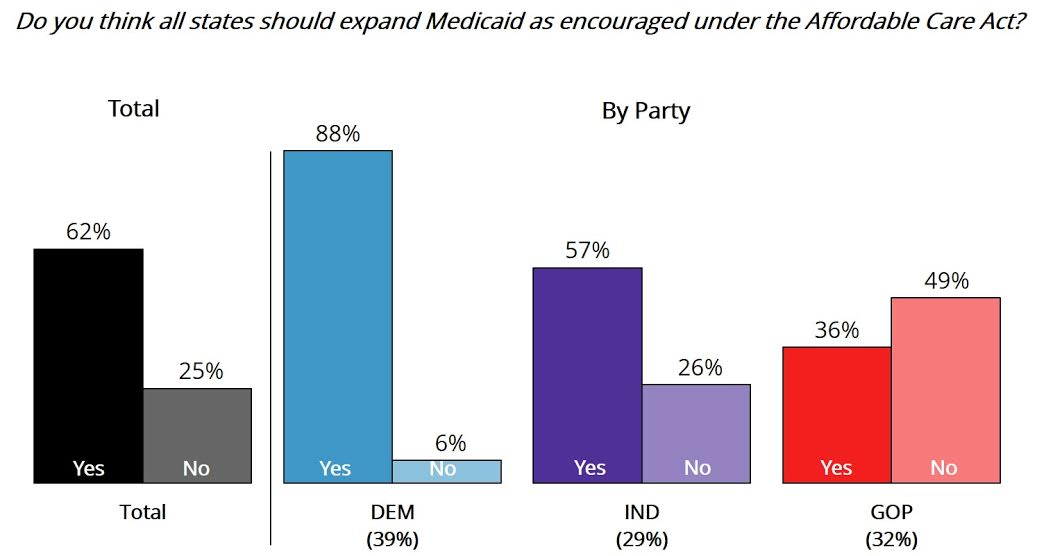 So much for objective thinking!

The ever reliable Sarah Kliff recently posted a nice graphic, showing a dramatic decline in the number of hospital visits for which hospitals received little to no money, because the patients have no insurance. But this decline occurred almost exclusively in states that expanded Medicaid: 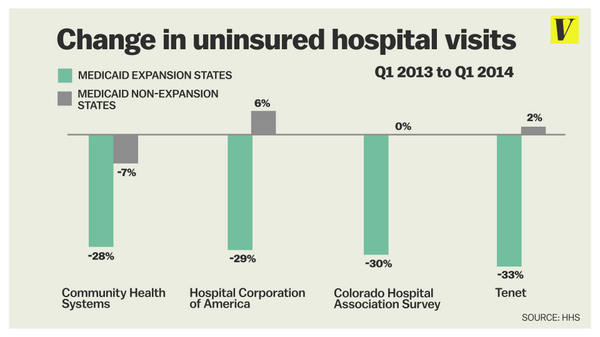 Political partisanship prevented many states from expanding Medicaid, despite the huge amount of federal money that would bring to the hospitals within their borders. As hospitals within these non-expanding states suffer, expect business pressure to mount, perhaps to the point that it overcomes our partisan dysfunction.