We’ve done a lot of things in the United States over the last few decades to curb tobacco consumption. We’ve warned people cigarettes will kill them, created persuasive ad campaigns to scare people away from cigarettes, and added a hefty tax to the product. As a result, cigarette use in United States is lower than it has been in decades. Which means one thing – to maintain profits, tobacco companies need to get people smoking elsewhere in the world. And their efforts seem to be coming to fruition, based on this picture from the Wall Street Journal, which I learned of through Conrad Hackett, twitter handle @conradhackett, from Pew research. 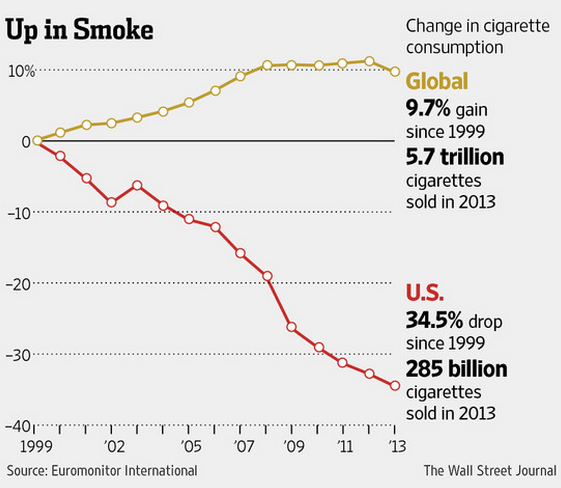 Tobacco companies have a legal right to promote and sell their products in most countries. It’s just unfortunate their promotion and sales efforts are so successful.