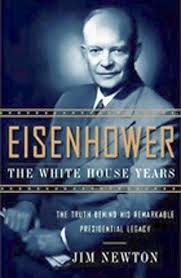 Interesting take on the Bay of Pigs thinking in the Kennedy administration, as summarized in Jim Newton’s book on the Eisenhower Presidency:

“The entire enterprise depended on an intelligence assumption that proved false, namely, that the Cuban people would greet the invasion force as liberators and turn against Castro.”

Sounds eerily familiar to the Bush Administration’s thinking before the Iraq invasion. What is it they say about what happens when people don’t learn their history????  (Click here to view comments)