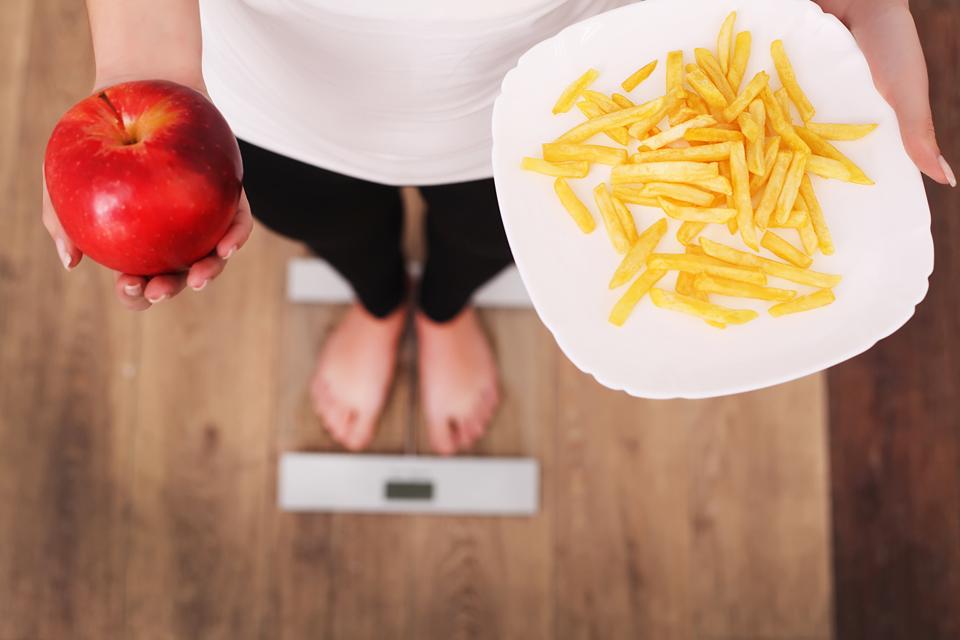 Taste versus health: That’s a trade-off we are often faced with when deciding what to eat. Some foods are bad for our health but happen to taste quite good. All of us have limited willpower, and when we are exhausted those unhealthy foods become harder to resist. But did you know that when willpower is depleted, the relative speed with which our brains process information on taste versus healthiness changes?

When you run out of self-control, the part of your brain that tells you to eat healthily lags behind the part telling you to eat junk food.

This conclusion follows from research using what behavioral scientists call a mouse lab – not a facility where researchers experiment on mice but, instead, a lab where people respond to computer-based surveys and the researchers track the movement of the mouse controlling the computer cursor. In a study led by Nicolette Sullivan from Caltech (safety school!), researchers placed participants in front of computer screens and gave them pictures of two foods, asking them which one they would most like to eat. Instead of looking only at which food people eventually chose, they looked at the wandering of the cursor – a participant might first start directing the cursor towards the donut before swerving it in the direction of the salad. That pattern would suggest that the person’s early preferences were for the donut, but were later overridden by other considerations.

Here’s what they found.