In the U.S., we do a lousy job of paying for long-term care. We don’t help people cover the costs of nursing homes or home-health aids when they have chronic, life-threatening illnesses. As a result, more Americans die in the hospital than they would if we covered long-term care more generously. At least that’s the conclusion suggested by a recent study of more than two dozen European countries. As shown below, the researchers found that the more countries spent on long-term care (as a percent of their GDP—the x-axis), the fewer of their residents died in the hospital (shown on the y-axis): 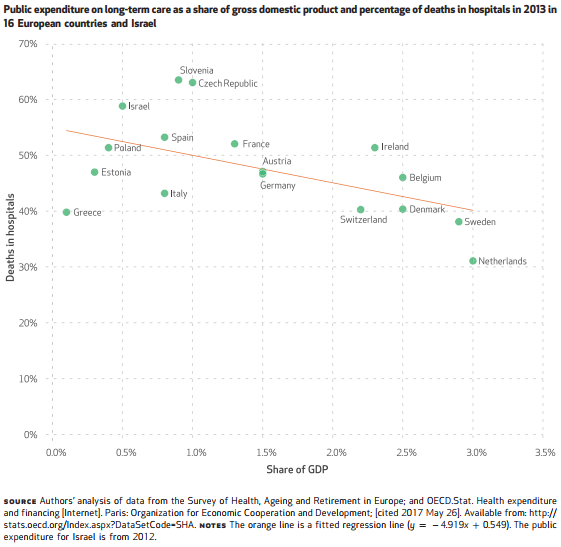 The U.S. needs to find ways to help people cover the cost of long-term care. The quality of their deaths may depend on it.