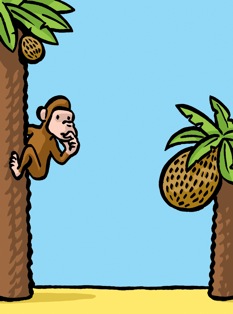 Behavioral economists have written a lot about sunk costs. The idea is pretty simple: once people have invested in an effort – in time or money – they stick with that effort longer than is otherwise justified. They don’t want to feel like they’ve wasted their investment, so they continue to invest even when pulling out of the effort would be in their best interests.
In his book, The Power Broker, Robert Caro describes how the central figure in his book, Robert Moses, makes use of the psychology of sunk costs. He would obtain funding for an ambitious new public project – perhaps a park or highway – while dramatically underestimating how much the project would ultimately cost. Using the initial money, he would dig trenches, build foundations, etc. When the money would run out, he had legislators exactly where he wanted them:

Once they had authorized that small initial expenditure and you had spent it, they would not be able to avoid giving you the breast when you asked for it. How could they? If they refused to give you the rest of the money, what they had given you would be wasted, and that would make them look bad in the eyes of the public. And that they said you had misled them, well, they were not supposed to be misled. If they had been misled, that would mean they haven’t investigated the projects thoroughly, and had therefore been derelict in their own duty. The possibilities for a polite but effective form of political blackmail were endless. Once the legislature gave the money to start a project, it would be virtually forced to give you the money to finish it.

The field of behavioral economics did not exist at the time Robert Moses utilized these brilliant tactics. He was a man well ahead of his time.