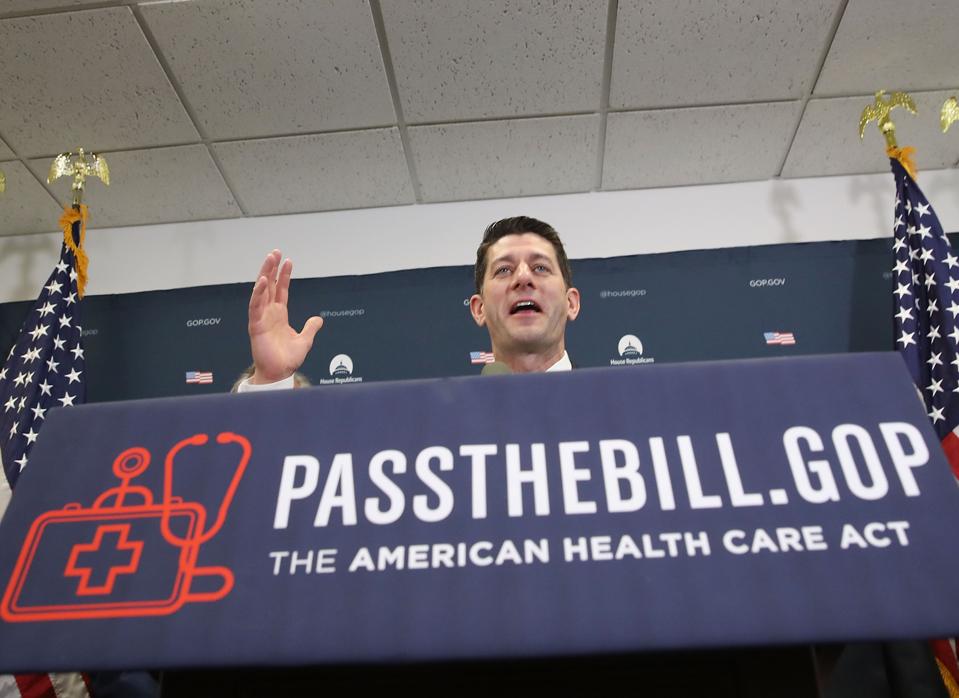 Paul Ryan is “excited” that the American Health Care Act, as Republicans call their bill, will trim the federal budget by several hundred billion dollars over the next decade. The 24 million people who are expected to lose insurance under the AHCA aren’t excited about the bill, which will cut government spending at their expense, with potentially fatal consequences for those who go without timely medical care.
Debates over healthcare reform often ask us to pick our poison. We either save money or we save lives.
But these debates ignore an antidote to this poisonous choice. If we tackle high healthcare prices, we can insure Americans at the same time as we curb healthcare expenditures.
This antidote is not theoretical conjecture. In fact, most developed countries provide universal insurance to their residents while spending far less per capita than the U.S. This affordable coverage exists in countries where healthcare payment is socialized, like the UK and Canada, and where it is privatized, like Germany and Switzerland. That’s because all these healthcare systems work to rein in high healthcare prices. As a result, appendectomies cost half as much in Switzerland as in America; and knee replacements cost 30% less in the UK than in the U.S.
Unfortunately, prices have been largely absent from healthcare reform debates in the U.S., whether those reforms are crafted by Democrats or Republicans. It’s true that politicians from both sides of the aisle occasionally speak out about pharmaceutical prices. Both Donald Trump and Hillary Clinton criticized pharmaceutical CEOs, like smirking Martin Shkreli, who made the news after enacting outrageous price hikes. But after a public scolding or two, discussion of pharmaceutical pricing usually ends.
Meanwhile, politicians rarely debate the often high price of hospital and physician services in the U.S., which constitute a much larger proportion of healthcare spending than do pharmaceutical products. When is the last time you heard a prominent politician question the lofty incomes of cardiologists, orthopedic surgeons or hospital CEOs?
Perhaps Republicans are hesitant to address high healthcare prices, so as not to galvanize special interests against their current legislation. But the American Medical Association already opposes the Republican healthcare plan, citing the harm vulnerable patients will experience “because of the expected decline in health insurance coverage.” The American Hospital Association also criticized the proposal for not “ensuring that we provide healthcare coverage” to the people dependent on subsidies for their insurance.
(To read the rest of this post, please visit Forbes.)