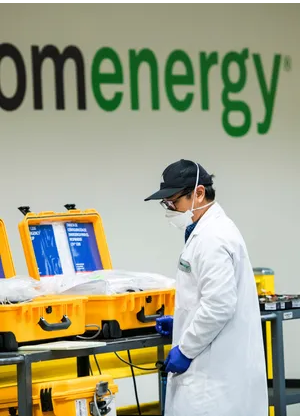 On March 14, 1942, an American soldier with bacteria coursing through his bloodstream was treated with penicillin, a new wonder drug that saved his life. That single treatment exhausted half the nation’s supply of the drug. Two years later, as U.S. troops prepared to launch the D-Day invasion, America had more than 2 million doses of the drugready to use.

Donald Trump refers to himself as a wartime president. But he is reluctant to use the power of the federal government to meet the nation’s urgent needs, instead relying on private companies to ramp up production and distribution of medical equipment. He should look back to World War II. It wasn’t private industry on its own that overcame the shortage of penicillin. It was an ambitious effort coordinated and funded by the U.S. government.

The history of penicillin manufacturing during World War II teaches an important lesson: If we hope to address the shortage of lifesaving medical equipment, and if we want to make sure available equipment is distributed in a manner that saves the greatest number of lives, the U.S. government needs to take the lead.

(To read the rest of the article, please visit USA Today).