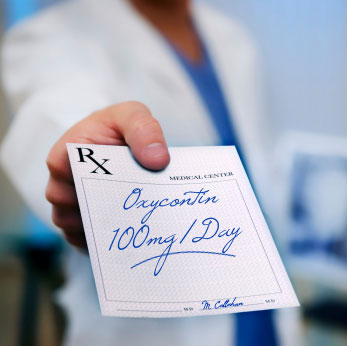 A very disturbing new study was just published, in which physicians viewed a video of a patient with back pain asking for OxyContin. Twenty percent of docs said they would prescribe that med under that circumstance:

…Too often, doctors prescribe potentially dangerous medications to patients who shouldn’t be getting them, and what they prescribe is influenced by the pills patients ask for.
The study found that patient requests for certain medications — such as the powerful narcotic oxycodone — “substantially affected physician-prescribing decisions, despite the drawbacks of the requested medications.” The results suggested that even a gentle request from a patient could convince a doctor to prescribe potent, potentially dangerous narcotics — even when they’re not the best-practice treatment for the patient’s condition…(Read more about the study here)