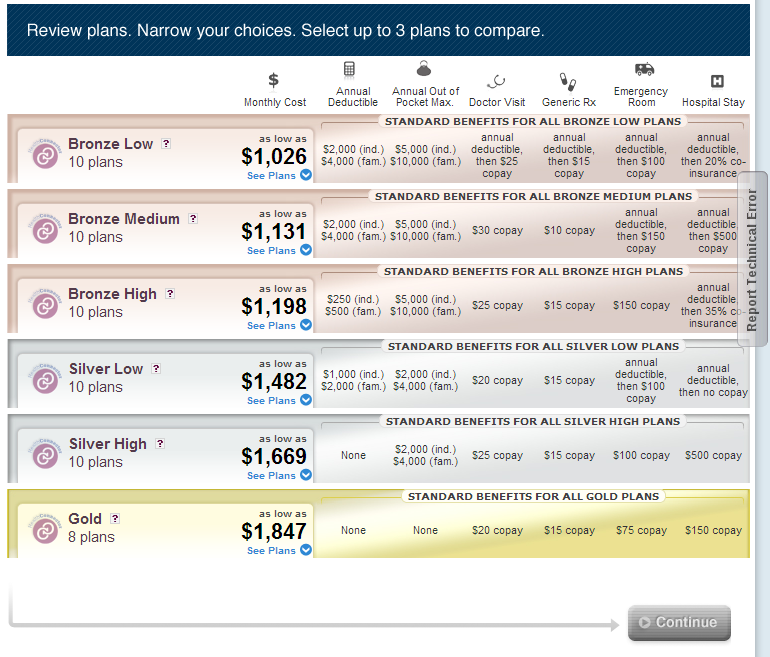 Now that states have decided what they are going to do about health insurance exchanges—those new shopping carts created by Obamacare to help consumers find health insurance who do not get it through their employers—the really tough part begins.  State and federal governments need to make sure that consumers understand their health insurance choices.
You probably thought that the tough part was behind us.  You see, states had a difficult decision to make about whether to create their own exchanges or, instead, to rely on the federal government to run their exchanges.  About half the states are going to let the federal government run their exchanges, less than half are going to run it themselves, and the remainder are going to partner with the feds.  (See the Kaiser Family Foundation for a nice summary)
This was a tough decision for states, because it pitted ideology against, of all things, ideology!  Imagine, for example, that you are the Republican governor of a state that voted for Romney in the recent presidential election.  You and most of your constituents are not fans of either Obama or Obamacare.  Since Obamacare asks states to create their own health insurance exchanges, you would like to avoid that option… (Read more and view comments at Forbes)