There was a very nice piece in the Washington Post recently, exploring the relationship between life satisfaction and the minimum wage. They summarize their findings in the following figure: 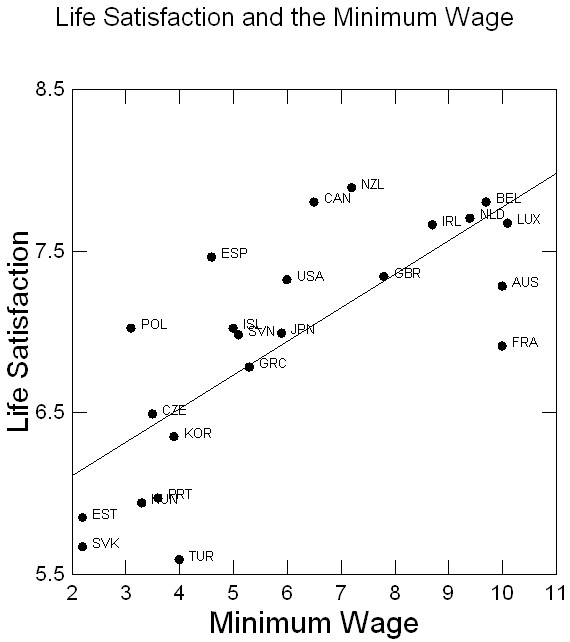 I suggest you read the piece, to see what they make of this connection. Importantly, they explicitly mentioned that correlation does not prove causation. Unfortunately they only throw that tidbit in at the very end of the piece, after they’ve convinced most readers that the connection is real. In addition, I have to say that scatterplots like these don’t look like strong causal relationships until people impose lines on them, estimating the best fit from linear regression. I wonder if anybody has done research, on whether the insertion of such lines in these pictures strengthens people’s beliefs about the power of the connection between the phenomena being measured.
That nitpicking aside, I think this is a provocative bit of work, that we need to keep in mind when deciding what to do about the minimum wage in the U.S. The well-being of the population matters, and deserves a role in policy decisions.