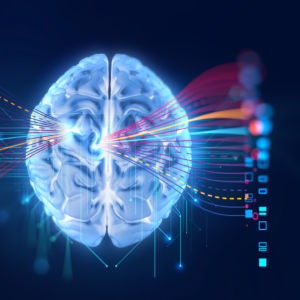 When I graduated from college, I was chosen as one of the commencement speakers. In my speech, I pretended to be reading a letter I wrote to my father. My dad came to the graduation, completely unaware of my speech. When he heard me start reading the letter, he put his head in his hands and waited for the worst – he figured I would just try to roast him. I didn’t. Though I did joke that he referred to my school as a “liberal” arts college.

In any case, I’ve written about my dad a few other times, and one brief mention of my father, in my book Critical Decisions, just made it into a blog post written by a scholar at George Mason University. Here’s the beginning of that interesting post:

Patient-oriented data visualization departs sharply from Western medicine’s 2,500-year legacy of paternalism. Since Hippocrates, medicine’s overarching assumption has been that physicians are vastly better informed than patients and that patients ought to obediently take orders from physicians. The Hippocratic Oath and later tracts codified the notion that physicians should even withhold information from patients — in part to keep them ignorant of decisions over which they were deemed incompetent to participate.

In December 1963, economist and 1972 Nobel laureate Kenneth Arrow penned the founding document of modern health economics (“Uncertainty and the Welfare Economics of Medical Care”). This article popularized the notion that healthcare differs from other industries because its producers (physicians) possess information that is vastly superior to that held by its consumers (patients).

Physician Peter Ubel wrote, “When my father first practiced medicine in the 1950s, his pharmaceutical armamentarium included a handful of antibiotics and 2 or 3 antihypertensives. The most expensive diagnostic tests were plain film radiographs.” From then until today, medical knowledge grew far more complex. No physician could possess more than a small fraction of total medical knowledge. In the latter half of this post-Arrow world, the information technology revolution vastly increased laypeople’s access to medical information and to data on their individual health metrics.

To read the rest of this post, please visit Inside Sources.